There’s nothing more exciting than opening up the throttle in traffic and flying past the mass of other motorists. With the 2017 Street Rod™, Harley-Davidson® may have come up with the perfect motorcycle to do just that. It’s engine belts out more power than ever, and the improved suspension and riding posture make it one of the best handling muscle bikes on the road. This is the bike that will make you wake up and look forward to your daily commute.

Power has always been the name of the game for Harley-Davidson® motorcycles, and the Street Rod™ can lay down rubber with the best of them. The redline on the redesigned 750 cc High Output Revolution X™ engine is an astonishing 9,000 rpm. The engine is capable of developing this kind of raw power with the help of a 12:1 compression ratio, which helps the engine burn fuel more efficiently. With that much power behind it, acceleration can be frightening.

Putting all that power to good use required an upgraded suspension system that could handle whatever road conditions it faced. The engineers turned to a unique 43 mm inverted front fork design and a piggyback reservoir rear suspension. They also shifted the riding posture so the bike can lean as much as 40 degrees into corners. Bikes with this much power aren’t supposed to handle this well.

Even when the Street Rod™ is parked, it will turn heads due to its detail-obsessed design. The designers used the Harley-Davidson® Dark Custom™ style to give it a menacing edge centered on blacked out components and aggressive lines. One of the most obvious elements is the Screamin’ Eagle® Buckshot Exhaust, which looks like it could belong on a piece of military weaponry as much as a motorcycle. The wheels use a modern spoke design featured in glossy black, while up top, the handlebars are drag-style with bar-end mirrors. When you have to grip into the turns, your feet will be planted on the Diamond Black footpegs. The detail work goes on and on, including the blacked-out axle nut covers, fuel tank trim, and Dark Custom™ medallion. Harley-Davidson® will also customize the bike to your specifications, meaning you can make one that no one else has ever seen before.

Harley-Davidson® is one of the United States’ most iconic companies for a reason. Throughout the company’s 100+ year life, they have continued to innovate and develop. While the bikes have looked different over the years, they all manifest the Harley-Davidson® spirit of independence and freedom through their awesome design and industry-leading engineering. The world looks a little different on the back of a motorcycle, and there’s no better way to see it than on a Harley-Davidson®. When you’re ready to experience what that’s like for yourself, schedule a test ride. 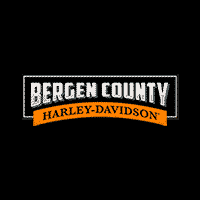